Capturing valuable knowledge based on “real world” experiences is central to improving  research and practice.  At the same time, it is rarely easy to find time for writing up the valuable lessons learned from projects.  The 2-Minute Lessons Learned Videos bridge this gap by providing an easily accessible (and searched) video library of lessons contributed by those who doing needs assessments, paired with a very simple tool for contributing your own lessons to the video library.  Let’s not let the valuable lessons from our experience be forgotten, visit the site today to learn from others and contribute what you know.

Finding the time to read the diverse research in fields of HPT, HRD, HRM, OD, Management, Personnel, and other related disciplines the inform your decisions is a rare luxury. Translating those research findings into practical applications is nevertheless the foundation of successful improvements in human and organizational performance.

After several years of summarizing research that can be useful in guiding organizational decisinos, we decided that in order to be sustainable (and even more inclusive) we wanted to allow researchers to post their own short videos describing their research and its applications.  You can see these at: We Share Science.

Summaries of the many research studies are posted in the Related Research section, and we have also conducted podcast interviews with couple of research authors to further explore how the research can be applied in organizations (a precursor to We Share Science). Below is a list of those  interviews.

With the help of John Wedman at the University of Missiouri, we have recorded more than twenty-five podcast interviews with professionals who work on needs assessments or related performance interventions. The interviews are free to download or link to. We have organized the podcasts around Wedman’s Performance Pyramid and each interview can be a valuable source for information for those interesting in analyzing or improving performance. The interviews are aligned with contributing chapters in the The Handbook of Improving Performance in the Workplace – Volume 2: Selecting and Implementing Performance Interventions [see the Books section for more information].

NOTE: These files are temporarily not available, please check back.

Links to the interviews and the chapter abstracts are available at Conversations On HPT.
Additional resources are also available on the Performance s Pyramid Website.

Video of Geary Rummler presenting on needs analysis (circa 1986): http://www.youtube.com/watch?feature=player_embedded&v=0DZ2hqAkMng
Blast from the past – Skinner on Teaching Machines: Part 1, Part 2

Unfortunately, we due to dropping participation we had to end the bookclub in 2018. If anyone would like to start another, please contact us.

February 1, 2018 – Barking Up the Wrong Tree: The Surprising Science Behind Why Everything You Know About Success Is (Mostly) Wrong by Eric Barker

August 4, 2011 – Delusions of Gender by Cordelia Fine (Bonus: NPR interview with the author) 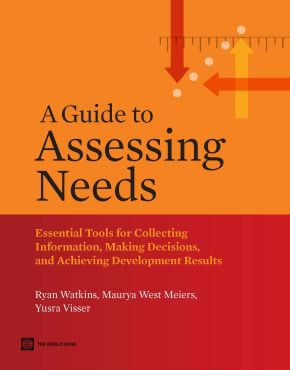